“But that’s only the beginning, no one has ever drilled through an ice shelf and it presents a challenge because they float up and down with the tide so you’ve got to deal with vertical and sideways change.

“Eventually the drill pipe will get bent, to you need to drill through a thick layer of ice that is constantly moving without breaking.

“To confront this unique challenge, the ANDRILL team invents a new tool, a hot-water drill, this marvel of engineering is a moving ring of heat that blasts jets of steaming water to melt a wide hole so the drill can operate freely through 400 feet of shifting ice. 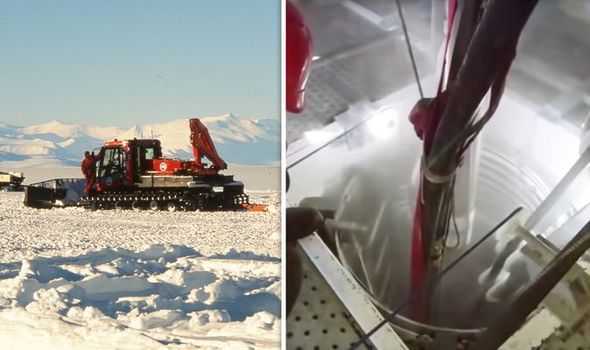 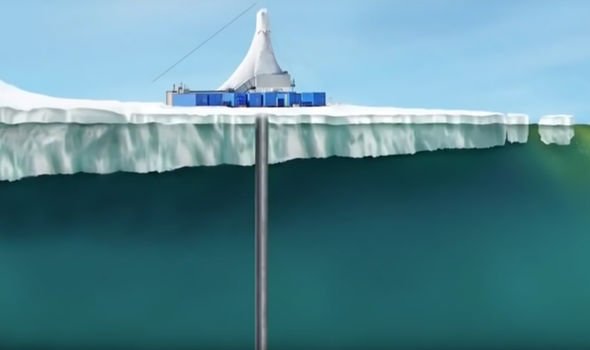 The drill went more than 400 feet below the ice (Image: NOVA)

“Once again, time is so precious that the team must work around the clock, not only retrieving cores but also analysing them.”

The narrator went on to reveal the groundbreaking discovery made thanks to the revolutionary drill.

He added: “An 80 feet core dates back about three million years and is closely examined.

“It contains microfossils of single-celled animals known as forams.

“They are from the crucial warm period called the Pliocene and these tiny shells are precise indicators of ocean temperature.” 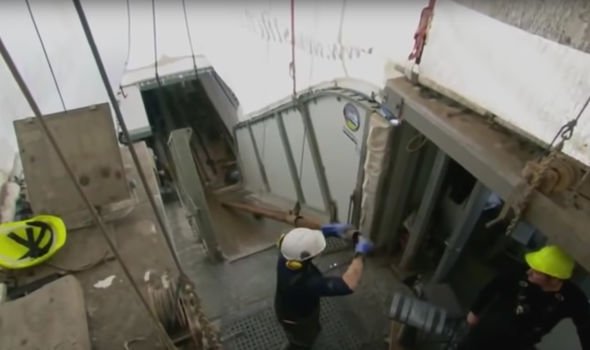 Dr Gavin Dunbar, from the Antarctic Research Centre, explained how the sample of forams may reveal a shock to Earth’s path.

He said in 2015: “These guys are about the size of a grain of sand and because the same species lived through time we can use the chemistry and molecule examples to calibrate the ancient examples.

“We can measure two metals, magnesium and calcium that are in the ocean that get incorporated into their shells.

“What this is telling us is that temperatures were three to four, maybe even five degrees above present.” 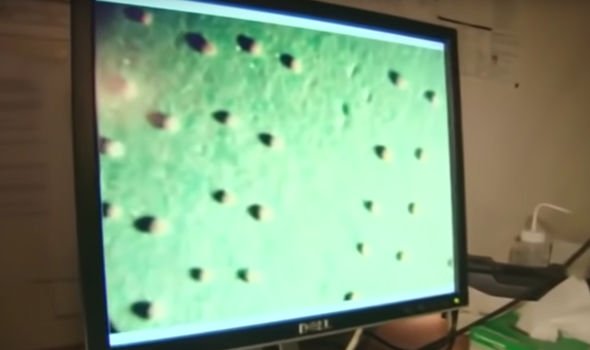 Small molecules were discovered in the core samples (Image: NOVA) 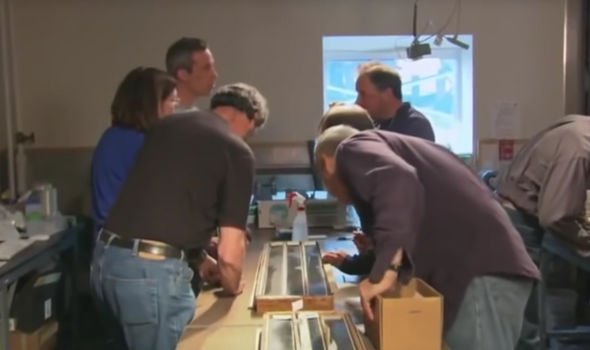 Shockingly, the find may mean that Earth once suffered global warming levels considerably worse than what we see today.

However, more research needs to be done to confirm the results.

The ANDRILL project involves scientists from Germany, Italy, New Zealand, and the United States and is based at the McMurdo Station.

The $30million (£23million) programme has since achieved its operational goal of retrieving a core record of the last 17 million years, filling crucial gaps left by previous drilling projects.

It is now up to scientists to study each sample and come up for a future hypothesis.