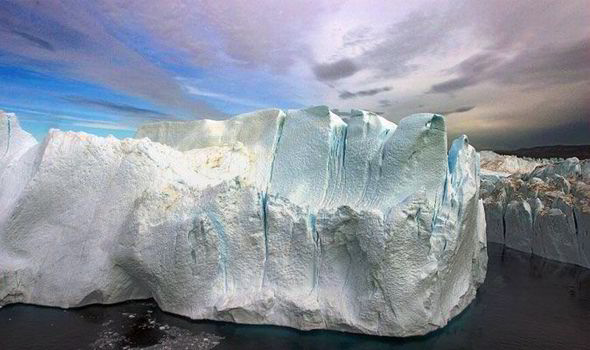 Climate change has been ‘disproved’ and polar ice is ‘increasing’

John Coleman, who co-founded the Weather Channel, shocked academics by insisting the theory of man-made climate change was no longer scientifically credible.

Instead, what ‘little evidence’ there is for rising global temperatures points to a ‘natural phenomenon’ within a developing eco-system.

In an open letter attacking the Intergovernmental Panel on Climate Change, he wrote: “The ocean is not rising significantly.

“The polar ice is increasing, not melting away. Polar Bears are increasing in number.

“Heat waves have actually diminished, not increased. There is not an uptick in the number or strength of storms (in fact storms are diminishing).

“I have studied this topic seriously for years. It has become a political and environment agenda item, but the science is not valid.” 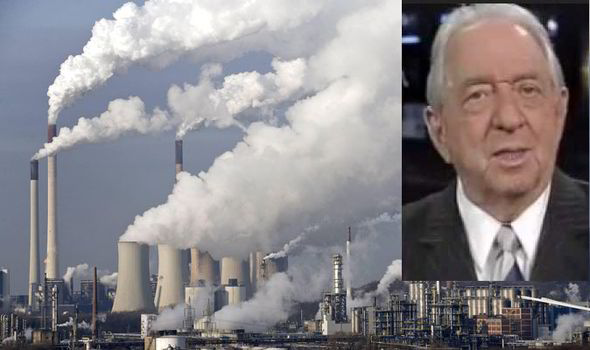 Man made climate change is a myth according to Coleman, inset

I have studied climate change seriously for years. It has become a political and environment agenda item, but the science is not valid

Mr Coleman said he based many of his views on the findings of the NIPCC, a non-governmental international body of scientists aimed at offering an ‘independent second opinion of the evidence reviewed by the IPCC.’

He added: “There is no significant man-made global warming at this time, there has been none in the past and there is no reason to fear any in the future.

“Efforts to prove the theory that carbon dioxide is a significant greenhouse gas and pollutant causing significant warming or weather effects have failed.

“There has been no warming over 18 years.”

US News and World Report noted that many of the world’s largest businesses, including Coke, Pepsi, Walmart, Nestle, Mars, Monsanto, Kellogg, General Mills, Microsoft, and IBM, “are now engaged and actively responding to climate science and data.”

President Obama told 120 world leaders at the United Nations climate summit last month that America had done more under his watch in cutting greenhouse gases than any other country.

Despite this, the Energy Information Administration’s Monthly Energy Review showed an increase in the use of energy from coal.
World leaders have pledged to keep the global average temperature from rising two degrees Celsius above pre-industrial levels to prevent the worst consequences of climate change.

The US, along with the UK and other developed countries, is expected to pledge further actions on climate change early next year. 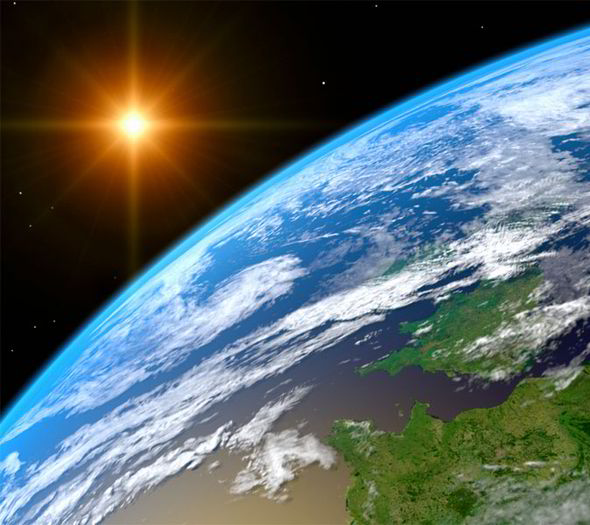 There has been no recorded global warming for 18 years

He added: “No chemical compound in the atmosphere has a worse reputation than CO2, thanks to the single-minded demonisation of this natural and essential atmospheric gas by advocates of government control and energy production.

“The incredible list of supposed horrors that increasing carbon dioxide will bring the world is pure belief disguised as science.”

The 2010 InterAcademy Council review was launched after the IPCC’s hugely embarrassing 2007 benchmark climate change report, which contained exaggerated and false claims that Himalayan glaciers could melt by 2035.